It’s not uncommon for designers to copy other designers, and it makes perfect sense that you could be inspired by something you saw recently without realising it. Perhaps even something you saw three years earlier, in this case… So the question is, were Yamaha inspired when it came to styling the headlights in their class-leading 2017 R6 by a Kardesign concept rendering they saw in a magazine back in 2014? Or possibly even as far back as 2008? 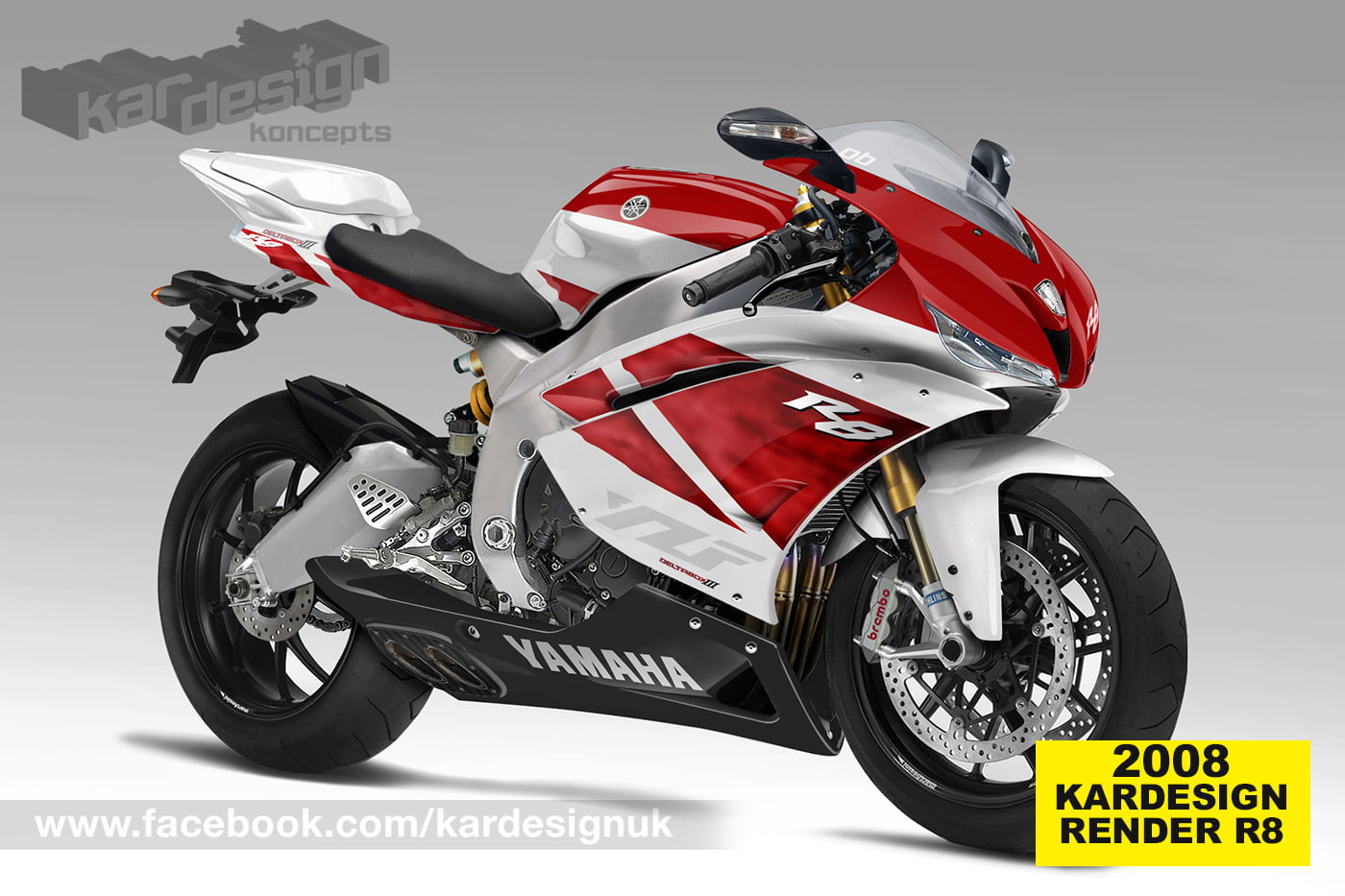 See for yourself. Take a look at the similarities between a 2014 rendering of the R6 and compare them with the actual 2017 production bike. Go even further back to 2008, and check out the headlights of another Kardesign concept of a make-believe R8 – this was at a time when MotoGP was running 800cc bikes as the premier class. Again, it’s worth comparing the headlights with the latest model. Both of these concepts were published in magazines in the UK, US, Australia and Belgium.

While the rest of the bike isn’t that similar, the headlights bear more than a passing resemblance. So, the question remains, did Yamaha take Kardesign’s concept as a styling cue, or did Kardesign just make an eerily accurate prediction? Given that both headlight designs have a distinctive curve to them that few other bikes possess, we’d say Yamaha probably saw this rendering at some point. But then we’re probably biased, so we’ll let you be the judge of that one…

Let us know your thoughts on our facebook page!

Is this TDR the maddest place to put a YPVS motor?