We guessed it was coming, and we were right about its looks

(if the prototype is anything to go by)

Ducati has officially revealed the existence of a V4-powered Streetfighter for the upcoming Pikes Peak International Hillclimb event that begins on June 24th 2019. Interestingly, it looks little different to the digital concept exclusively predicted by Kardesign back in January 2018. It begs the question: did Kardesign’s rendering influence the decision to build it? Or was it always on the cards? In truth it’s likely the V4 Streetfighter was always going to exist at some point, what’s uncanny is the similarity between the prediction to the real thing.

Clearly based on the Panigale V4, the prototype seemingly wears the same chassis components, from the frame right down to the triple clamps. We expect the engine to be re-tuned for better midrange. The obvious differences are wider handlebars, a small cockpit cowl and sidepanel array that includes a radiator cover, bellypan, and here’s where it really deviates from the Panigale – a dual set of wings either side.

We’ve seen the introduction of aerodynamic wings in top flight MotoGP, and more recently they’ve started featuring on high-end sportsbikes too, namely the Aprilia RSV4 RF, Kawasaki H2R and Ducati’s own Panigale V4R, but double biplane-style wings are a first… unless you know different of course. 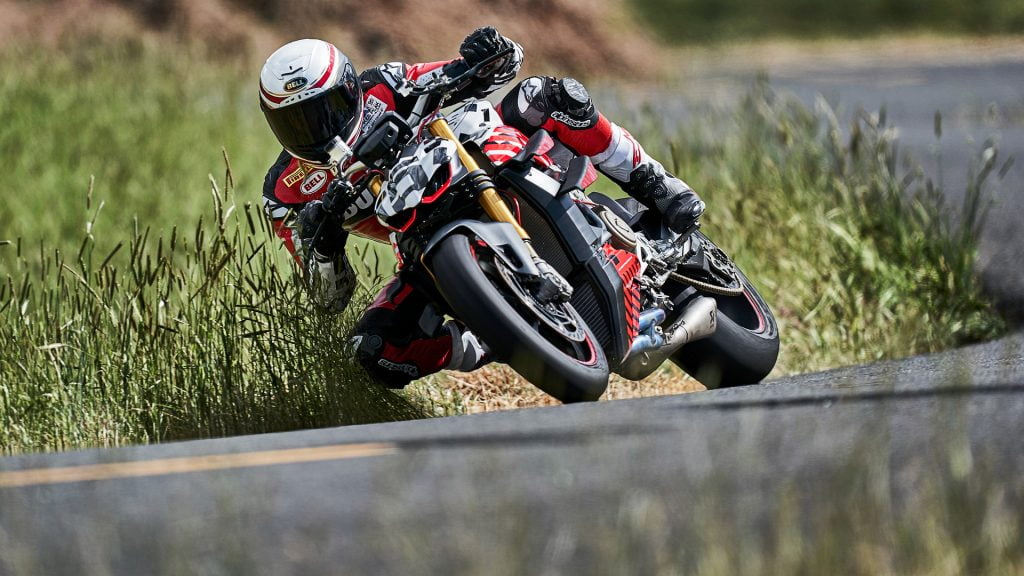 We’re looking forward to seeing the final production bike, expected to be shown at EICMA later this year., and how much it will differ from the prototype.

In the meantime, stay tuned for an exclusive image soon…

Riding an electric bike (for the first time)